The Sword of Ares

You will need the registered version of Quake or Open Quartz to play this total conversion.

The Sword of Ares is a total conversion for Quake that is set in on a remote planet, apparently inhabited by humanoids, which has been taken over by the Ares corporation that proceeded to strip the world of all valuable resources. The player character is one of the few natives who dare oppose the corporation, and is trying to destroy it.

The game adds several features not available in vanilla Quake, such as the ability to switch to third-person view (which may be a bit buggy) and several selectable player skins.

The Sword of Ares is made of free content, but was distributed as shareware. It appears that the registered version (as a separate PAK file) was eventually made available by the author as a free download too, as it can be found on PlanetQuake mirrors alongside the shareware release. 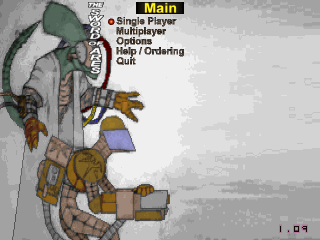