The demo includes one mission from the full game, split into three levels which can be played in any order.

Los Angeles, the mid 1990's: Suddenly and without warning, the defense computer, SkyNet becomes sentient. In the span of a few nanoseconds, SkyNet decides that all of humanity is a threat, and declares war by launching a large portion of the country's nuclear stockpile. Millions are slaughtered, either in the initial attack or by lingering radiation, but many still survive. SkyNet begins to formulate a plan for dealing with the survivors and ensuring its own continued existence...

Los Angeles, 2015: The war against humanity has raged now for almost twenty years. Humanity is still recovering from the effects of the nuclear devastation wrought by SkyNet. Now, the machines systematically round up humans into death camps, forcing them to perform various tasks before executing them. Humanity is close to total extinction. 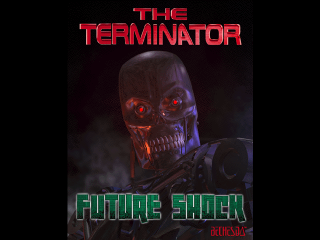