You can play Theatre of Pain on this website so you don't need to download and install the game on your computer. We recommend to use Google Chrome when playing DOS games online.

Theatre of Pain is a one-on-one versus fighting game that features stylised characters from Graeco-Roman mythology and history. The large, pre-rendered sprites are drawn against pseudo-3D backgrounds, with zoom effects and perspective shifts contributing to an illusion of completely three-dimensional stages where fights take place.

The game engine seems to be identical, or at least largely similar to, the one from Rise 2 Resurrection, a different fighting game by the same developer.

Only two characters as available in the demo version. 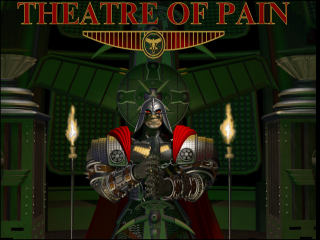