You can play Tomb Raider on this website so you don't need to download and install the game on your computer. We recommend to use Google Chrome when playing DOS games online.

To play the 3dfx version of the demo, you will need a 3dfx-enabled build of DOSBox, with DOSBox ECE being the recommended choice (please see the links section below).

NOTE: This game has a native Windows version and also can be played on Windows directly using a third-party engine recreation (please see the links section below).

Lara Croft has just returned from a hunting trip in the Himalayas where, having bagged a 12-foot tall yeti, she's itching for a new challenge. While enjoying a little R & R, she's contacted Jacqueline Natla, a conniving business woman who convinces Lara to recover a mysterious artifact from the tomb of Qualopec in Peru.

Wasting no time, Lara sets out on her quest to find one of the three pieces of the ancient Atlantean Scion, a talisman of incredible power. After discovering the fragment things get ugly, Lara finds herself face to face with one of Natla's hired goons. Using her cunning wits and athletic strength, Lara escapes!

As she delves into the reasons why Natla would double cross her, she uncovers a mystery that reaches back before the dawn of recorded time to the treachery that destroyed the Atlantean civilization and the disasters that struck the world when it fell.

Vilcabamba... A civilization that flourished for hundreds of years in the Peruvian rainforests of South America. Guide Lara through the lost Incan city while battling wolves, bats, bears, raptors, and more.

Egyptian...Where the vast power of Egypt rose with the pyramids. Explore buried pyramids and a hidden sphinx while fighting pumas, crocodiles, and some surprising mystical monsters.

Atlantean...The pyramid of Atlantis where the mystery unfolds. Play and see!!!

All weapons: Walk (holding [Shift]) one step forward, one step back, rotate in three full circles to the right, and jump backward with [Alt].

Level skip: Walk (holding [Shift]) one step forward, one step back, rotate in three full circles to the right, and jump forward with [Alt].

Unlimited ammo: Finish the game, then load any previously saved game. You'll start with all weapons and unlimited ammo. The game with also be tougher! 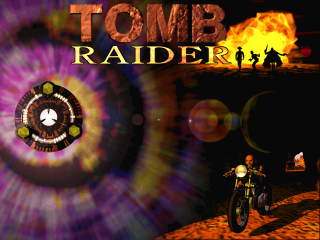