You can play Tyrannizer on this website so you don't need to download and install the game on your computer. We recommend to use Google Chrome when playing DOS games online.

If the game runs too slow (e.g. when playing in the browser), press F5 to turn on "motion blur" that will speed up the frame rate a bit.

This is a playable demo of a first-person shooter game made with the ACKNEX 3D Game Studio. The plot is unknown, but the setting combines medieval fantasy creatures and castles with firearms wielded by the player, likely inspired by Quake. However, the engine's capabilities make it comparable to Duke Nukem 3D.

There are two enemy types and four player weapons. The demo includes one level.

Tyrannizer was apparently never completed, but the developers reworked it into a completely different first-person shooter game called Winthorp's Mansion where the payer explores a haunted mansion. That game uses an updated, Windows version of the ACKNEX engine. 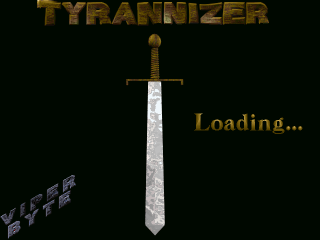