The original game to begin the legendary series of the Warcraft universe, offers a fantasy-world take on the real-time strategy (RTS) formula established by Westwood Studios' Dune II: The Building of a Dynasty. Wage war as either noble humans or savage orcs, using brute force, cunning and devastating magic.

Each side's campaign lasts over twelve missions of increasing difficulty, with sample scenarios available in the playable demo version. The shareware version, distributed by FormGen, also includes an extra level for each side taking place in underground caverns.

During gameplay, hit [Enter] and type in one of the codes below to cheat (codes affect both players equally in 2-player games):

Corwin of Amber: Enables the use of cheat codes (enter this first!).

Orc # or Human #: Jumps to level #
Ides of March: Takes you to the campaign victory sequence
Yours Truly: Instantly win the current scenario
Pot of Gold: Gives you 10,000 gold and 5,000 lumber
Eye of Newt: Instantly researches all spells
Iron Forge: Gain all weapon/armor upgrades
Sally Shears: Show you the entire map
Hurry Up Guys: Increases speed of upgrades and new units/buildings
There can be only one: Makes your army nigh-invulnerable 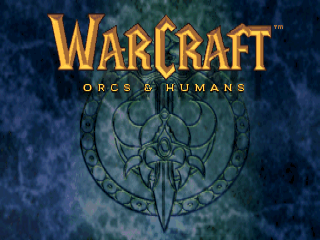