Z.A.R. lets you travel to the Zone of Artificial Resources to restore the central computer and destroy the uncontrollable robots that have been created. Z.A.R. is used by humans as a base for operating space production factories which manufacture space rockets, robots, and artificial satellites used to help expand to other galaxies. An error in the computer networking system has resulted in complete loss of control and has turned Z.A.R. into a factory producing deadly robots. You play Colonel Hermit, who has been equipped with a limited supply of weapons and has been sent by spaceship to Z.A.R. to restore order. 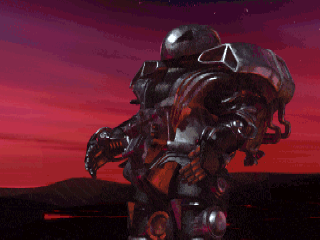