The age 2020 Cyborgs and Bioroids, which could be manufactured by the progress of mechanism, have been produced throughout the world. In comparison to the progress of science the system of human society improved not so much. The basic and chronic problems in human society have eliminated not yet. In such atmosphere Cyborgs and Bioroids are being abused by many criminal organizations. But any governments or organizations made no solution for that.

This game's hero 'Sou' is a cub of Zyclunt. Zyclunt is a mercenary party, which consists of retired soldiers or veterans. Many of them have discharged dishonorably because of extremity. Mainly they handle unofficial cases, special tasks or personal securities. Sou came to be a member of Zyclunt, after dropped from the military. Sou suppressed the Columbian narcotic king Casto in the extreme way in revenge for his closest friend Ricki who had been cruelly murdered by Casto. It caused innocent civilian's death too.

At 24 June 2022, at 16 o'clock. Finally the first mission is delivered to Sou. A flock of machadine appeared in D-C-14 district, where the regular general meeting of local security is taking place. Sou is heading to D-C-14 by his private plane excited in first mission. But he feels some ominous foreboding...... 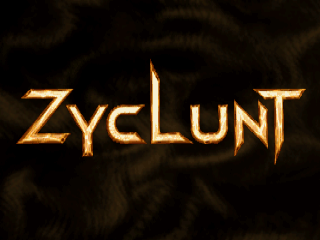