You can play Astro3D on this website so you don't need to download and install the game on your computer. We recommend to use Google Chrome when playing DOS games online.

In 2025 the planet Earth formed a powerful alliance with neighboring star systems know as the Earth Alliance. For 100 years Earth prospered and enjoyed more peace than in any time in her history.... Alas, in 2125, friction between rival parties struggling for control of the alliance resulted in Earth Alliance's breakup. All hell broke loose and war began...

The year is now 2135 and things are settled down, but there is a major problem.. During the war many different factions rose up. Some of these factions tampered with all of the major trade routes through space by planting mines, dumping 'space junk' and a host of other atrocities. The result of these actions is a large asteroid belt caused by explosions of small planetoids that came in contact with mines and ships trying to make passage through the area. This space is littered with ship debris, unexploded mines, toxic waste and God only knows what else. These sectors must be cleaned so that major trade routes can once again be re-established with other worlds in the alliance.

You're Sed Fransard, interstellar junk man. The Earth Alliance has contracted you to do the clean up. They heard about the new high tech weaponry you've outfitted your ship with and know that your the man to get the job done. Hell, your the only living relative of the famous 20th century junk man, and if anyone knew junk, he did! Let's hope you do two, because this time the junk shoots back! 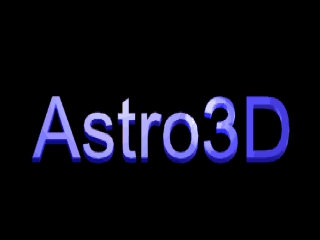