Beneath a Steel Sky

This is a liberated game: it was originally commercial, but on 2 August 2003 Revolution Software released the full version as freeware.

Revolution's second chart-topping game is a wry but powerful drama set in a bleak near future. To create the claustrophobic world of Union City, Revolution joined forces with Dave Gibbons, a respected comic book artist. Dave designed the background layouts and also created a graphic novel as the introduction to the game.

The game told the story of Robert Foster's search for his father, his name and his identity. With his seriously wacky companion, Joey the droid, Foster's journey takes him beneath the City to confront its secret and his past. 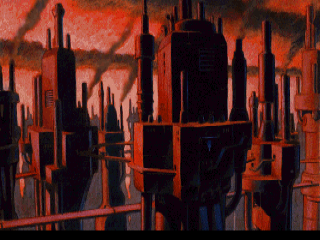