You can play Command & Conquer on this website so you don't need to download and install the game on your computer. We recommend to use Google Chrome when playing DOS games online.

This is a liberated game: it was originally commercial, but eventually Electronic Arts released the full version as freeware (please see the links section below for downloads).

NOTE: This game has a native Windows version and can also be played in Windows using a third-party engine recreation (see the links section below).

After a meteorite fell near the Tiber river, a strange alien substance began spreading across the Earth. Dubbed "Tiberium", this substance leeches natural resources from the ground and stores it in crystals that form on the surface. Tiberium quickly became a valuable resource.

As the planet's surface becomes progressively covered with Tiberium fields, a conflict between two powers unfolds across the globe. The Global Defense Initiative (GDI) is the military branch of the UN that aims to maintain world peace. The Brotherhood of Nod is a clandestine society, allegedly dating back to the dawn of humanity, with a view on world domination.

Westwood Studios expanded upon their real-time strategy concept first introduced in Dune II: The Building of a Dynasty, and created two distinct sides of the conflict, each with its own unique units, technologies and strategies. While GDI has an advantage in firepower and armour, Nod often relies on large numbers of cheap and fast units, but also uses subterfuge and stealth to defeat their opponents. 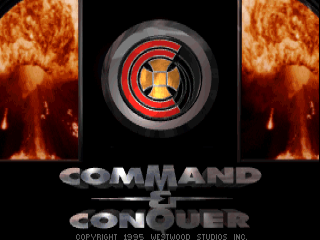