You can play Fighter Duel Special Edition on this website so you don't need to download and install the game on your computer. We recommend to use Google Chrome when playing DOS games online.

In this special freely-distributable demo copy, only the A6M2 Zero is available to fly. Also, several features have been disabled from the commercial version:
o The only scenario available is the Surprise Attack
o The two-player serial and modem mode is not available.
o The fuel load and flight time is limited to 10 minutes. 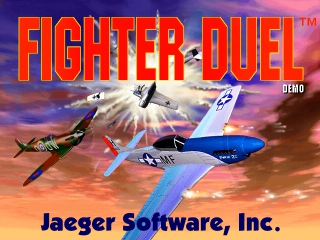