You can play Ragnarok on this website so you don't need to download and install the game on your computer. We recommend to use Google Chrome when playing DOS games online.

Ragnarok is a graphical roguelike game set in the world of Norse mythology. The player takes on the role of a young Viking who sets off on a quest of finding several artifacts that will aid in the prevention of Ragnarok, or the end of the world. The game world is randomly generated for each playing session as is typical of the roguelike genre. Six classes are available to the player, each with unique strengths and weaknesses. 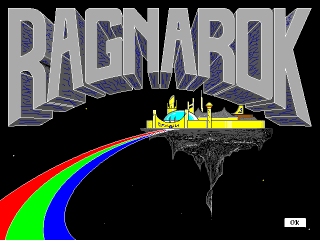