You can play REKKR on this website so you don't need to download and install the game on your computer. We recommend to use Google Chrome when playing DOS games online.

REKKR is a total conversion for The Ultimate Doom in a dark fantasy setting inspired by Norse mythology and culture. The main character is a Norse warrior (or rekkr in Old Norse) who, returning home from a failed military campaign. finds the land ravaged by horrible monstrosities. Alone, the warrior must overcome this evil and drive it back where it came from.

The game features three full episodes that chronicle the rekkr's journey, plus a bonus episode of assorted maps. Released in 2018, REKKR intentionally looks and feels like a mid-90s game, something of a mix between DOOM and Heretic. Unlike the latter, it is not simply DOOM in a different setting, as all of the weapons, monsters and even some items have been completely overhauled and work differently.

REKKR can be played as an Ultimate Doom add-on or as a standalone game, and has a native Windows version available. In 2021, the game's author released a paid version which contains a new extra episode. 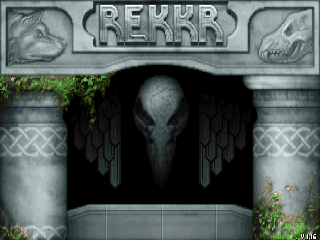