You can play Rex Blade: The Apocalypse on this website so you don't need to download and install the game on your computer. We recommend to use Google Chrome when playing DOS games online.

The demo includes three levels (one planet) from the third episode of the full game.

In the 35th century, mankind developed almost god-like technology to create Cyborg slaves - machines so shrewd they were almost human. In time, the Cyborgs waged a war against man to control the Earth. After emerging victorious, mankind banished the Cyborgs to a distant star system via a Transdimensional Teleporter.

It's now 500 years later, and the Cyborgs are planning a massive offensive against Mother Earth!

You are Rex Blade. Part Human. Part Cyborg - with a history of excessive violence. Armed to the teeth. Fearless. You are Earth's last chance. 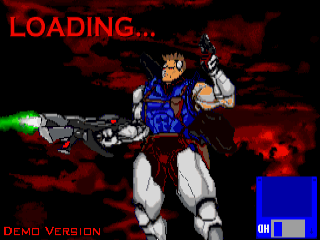