Originally intended as a commercial add-on for Shadow Warrior, Twin Dragon was made available as freeware by the developers after the publisher failed to release it.

Twin Dragon adds an additional exciting episode to the full version of the hit game Shadow Warrior from 3D Realms. 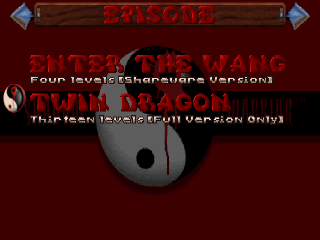